Many Happy Returns, Ray! Well, thank you, Raybeard. Very nice of you to have remembered. 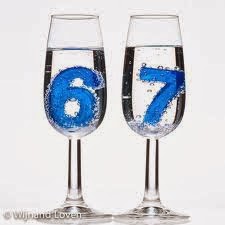 Three score and seven, not a particularly meaningful number per se, but another step on the way to either oblivion or immortality (I tend to favour the former.).

Three birthday cards. I expect just one more, from a 74 year old brother, who doesn't always remember, but it's not a big deal. One of the cards yesterday generously contained my only 'gift', a bit of money from a teacher friend in Munich. Very opportune it was too as I can now use it to get Noodles his long-overdue annual check-up, then use the remainder (if any) on more nutrition to continue keeping seven pussies happy, content and satisfied  - three or four times a day!.
But shan't neglect myself.  As a special treat I'm going to gorge on three fried egg sandwiches! And not only that - as I've been to the pictures the last seven days on the trot, I shall today spoil myself with the luxury of not going.

The most famous 'celebrity' who shares my birthday (actual, rather than anniversary) is Richard Carpenter,  half of one time world-renowned singing duo, who in his time has penned a number of high-quality ditties which will last much, much longer than either of us will, even if they've now practically been consigned to easy-listening 'armchair and slippers' music. 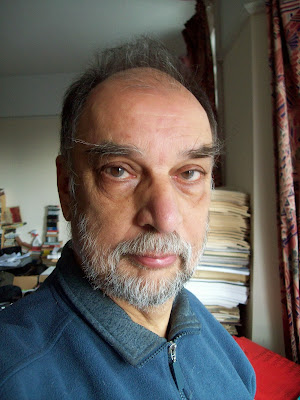