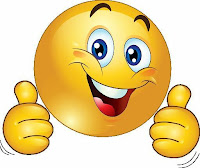 Thanks to so many of your encouraging messages of support, positive suggestions, and (my own) persistence, I've at last got round the biggest problem I've had since last mid-week - (hooray!) - namely. an inability to access the @ sign, now solved as you can see. I'm able again to send e-mails to ask for assistance plus everything else.
If anyone is curious as to know how we've arrived at this point I won't repeat it all here, but it's set out in my previous post under the last comment of 'Anon'. At least I can now return to some semblance of 'normality' (in these abnormal times), even if there's some measure of hiding still some measure of inconvenience of doing so, which may not be apparent, but still small beer when set against the far greater urgency of dodging that blasted virus!

Meantime, thanks again to all who offered their help whether it worked or not. Warmest of hugs all round!
And now I'll probably spend the rest of the day whistling 'Gaudeamus igitur' ! 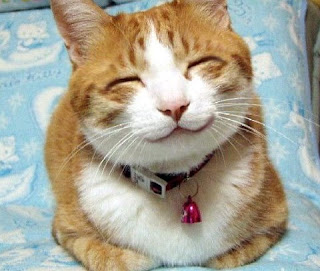 Can anyone help please - NOT to do with virus.. 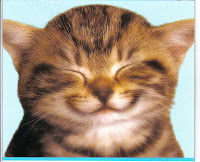 Does anyone have any idea of the cure when the 'shift' key on a laptop doesn't work. Believe me, I've tried all I can think of, including googling help, trying several free downloads which claim to fix it, trying windows suggestions etc etc...........
And to cap it all yesterday in my frustration I ill-advisedly decided to 're-set' the lap-top to what it was when bought, as one site recommended I do, with infuriating result that I was unsurprisingly shut out of my regular sites, including e-mails - and because the 'at' key doesn't work I can't now get back in most of them as they require the e-mail address which, of course, needs the 'at' sign. For the same reason I'm unable to purchase any download which claims to solve it. [I only got back onto this my blog-site by sheer fluke and now dare not sign out on it]. At any other time I'd have simply carried this laptop down to our local 'Lap-Top Shop' just a mile away, but of course it's now closed until God only knows when.

So, this is an appeal in desperation that one of you just might have some bright idea[s] without my seriously expecting too much - but if anyone can offer some constructive assistance to help me avoid being in Limbo for possibly months to come I'd be eternally grateful. Thanks for reading, even if that's all you can do.

A tiny diversion to help lighten these dark times.

With perfect timing, here on the first day of our 'official' Summer (hah! - clocks jumped forward one hour last night) it's actually snowing! So at least I can still say with total accuracy, that the Winter of 2019/20 was the first I've experienced without my seeing one flake of snow, either on the ground or just falling. Now, with four cats a-dozing, two here in living room, two on my bed, 'scuse me while I go and turn the heating up just as they'd expect me to. Brrrrrrrrrr!!!

Btw: This must be the first time I've ever posted twice in one day. Prob'ly won't be the last.
Posted by Raybeard at 05:47 12 comments:

Appalling ignorance in Russia - and elsewhere, I've no doubt.

On the BBC News last night there was a segment on the Russian government's dilatory response to the virus, the impact on that country only just starting to be felt. Although there is now an official recommendation for social distancing and an injunction for all over-65s to remain indoors there's as yet no enforcement. Public response has been patchy. And up to now there's been no special restrictions on church services.
Outside one of the tightly-packed Churches a female member of the congregation was questioned on the wisdom of allowing such large gatherings. Her response:-

"It's not possible to get the virus in a church. It's a holy place."
And her profession? She's a doctor.

I'd like go say they deserve what they get, and I would if it weren't for their taking down so many innocents with them.
So Gawd help us! (but please not them!).

Slightly better than one hand clapping - my own two! 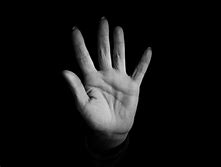 Oh dear! Do people around here just not care?
Yesterday evening at 8, despite the chilly outside, I flung open my front window and clap, clap, clapped in support of our National Health heroes - and, as far as I could hear, I was the only one doing so, at least among the houses within earshot. I even turned the T.V. sound off as well as checking out back to listen if anyone may have been in their back garden joining me - Nothing! Not a dickie bird! Particularly disappointing as our area's large general hospital is a mere 3-400 yards away, an imposing structure I see every time I look out of my front window.
Heartening to hear this morning what a success it had turned out to be in other parts - check out JayGee's blog if you haven't already done so -  https://disasterfilm.blogspot.com/2020/03/thank-you.html  Thank you John!💟

Yesterday, third day of our 'lockdown' went to my local supermarket and, unsurprisingly, found their new policy had been adopted - they're letting in only 40 customers at a time and there was a queue around the perimeter of the car park, each keeping at least 6 feet apart or, at least, that's the idea, Took me 40 mins of waiting to get in but I'm not complaining about that, and when I did managed to get very nearly everything on my list - only rice wasn't in evidence. But now that's done I'll see if I can make shopping a once-weekly effort instead of my usual two, sometimes three, times a week, though I'd hate to put my back out again. then really will be in trouble. If only cat food bought in bulk wasn't so darned heavy - but they don't care a darned fig about my own well-being, so useless to moan.

Fervently hope all you precious blogpals of mine will manage to continue dodging the virus bullet - and we can come through this with a healthy bounce without having to mourn many more of our lost ones, most especially any who may be known or even close to us.
Take special care, my friends.
Posted by Raybeard at 00:12 29 comments: 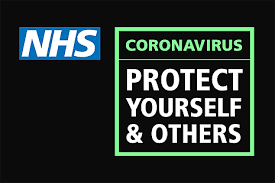 Of course we could all see it coming - all cinemas within my reach are now closed until further notice. I was contemplating making my last visit today for what's clearly going to be some time - to see in a large and surely mostly deserted auditorium, the new British ('Women's Lib') film, 'Misbehaviour' (featuring, in a shortish role, Greg Kinnear as host Bob Hope at the disrupted 1970 Miss World event in London) - but there's just too much at stake to risk it.
Major concern for me now, after attending my long-standing appointment to get toenails cut this Sat (getting urgent) is buying food when stringent restrictions come into play on outdoor movements for certain categories, including me as a 70+ oldie. Tried to see how quickly my local supermarket (Waitrose) could do me a home delivery come the time I need it, and as at today there are no slots available for at least a fortnight, and it's sure to get worse. Oh well. Playing it day-to-day seems to be the only way.

My reviews will resume at the other side of this most troubling time. See ya! (And earnestly hoping you'll all - every single one of you - dodge it!)
Posted by Raybeard at 09:34 26 comments: 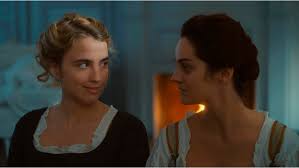