Has 'Gone with the Wind' now gone for good? 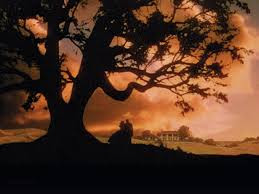 Has my possibly all-time second-favourite film now been declared off-limits to watch? It would seem so, at least on 'HBO Max' site from whence it has been removed, a subscription film library site I wasn't even aware of until today. But it needed just a nudge in this direction and now the move will probably snowball. 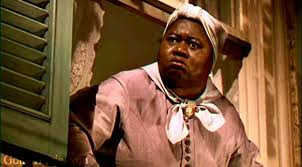 I think it must have been in the 1970s when I first became aware of mutterings against the film's portrayal of black slaves in the American 'Deep South' just before and during the Civil War, as being contented with their lot and fiercely loyal to their white 'masters' - even so much as seeing the outlaw of slavery, let alone emancipation, as being a 'threat' to their stable livelihood.

The quite understandable disapproval of this depiction has grown in years since then and after the start of this century it has become almost blasphemous to even mention the name of the film and Margaret Mitchell's novel in polite company, at least without holding one's nose while doing so.

The move by HBO Max arises, of course, from the worldwide reaction to the death (and circumstances and method of killing) of George Floyd in Minnesota a fortnight ago, a formidable reaction which has grown in intensity, acquiring a momentum of its own, and which up to now shows no sign of abating. It has inspired long overdue debate all over on the unequal treatment and attitudes towards black people in particular and non-white peoples generally by governments, various authorities, but primarily by police forces. No one with half a brain even can argue that the matter should not be addressed, and urgently.  In the U.K. the current related obsession has moved to arguing for the removal of statues and monuments, and re-naming buildings and streets, which commemorate in positive terms, historical figures who sometimes actively participated in the slave trade themselves, and who in many cases acquired their wealth from the abhorrent practice - though it has now also reached to those influential persons who supported slavery as well as those who were not sufficiently condemnatory, whether or not they had power to do anything about it. Further, it now extends to those who held views holding certain races or colours in contempt  - for example, it's long been known that Winston Churchill had a very low opinion of those of Indian race. Is it now okay to deface, or even remove, the many statues of him?

But back to GWTW. 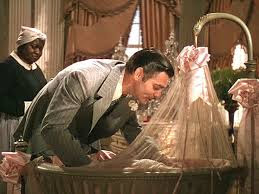 It would have been back in the mid-1950s when I first saw the film and when I'd have been somewhere around 10 or 11. It was in the cinema, naturally - and in fact still remains the film I have seen in the cinema more times than any other - around 20, I suppose - helped by its numerous re-releases, including in the late 1960s when it was released blown-up to big-screen 70mm (and tinted) when visual epics were all the rage. It's had further releases since then, such as in the 1990s when it was re-released in its original screen proportions and original colours. 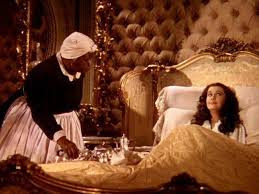 I've always loved the film - as well as the 1,000+ pages novel, which I still read periodically, being something like eight times to date.

Of course one's opinion is bound to be influenced to a large extent of it being evocative of one's own life experiences, my own especially strong ones being of seeing it for the first time with my mother, who was also a great fan of film and book - and, very significantly, the film including the first time I recall ever having felt a crush on someone, that someone being Leslie Howard - who, as I grew, fast faded from my list of 'desirables', and has meant nothing to me since those very early days. But I still wonder, did I pick up on my mother saying that she had liked him, and that I felt that I need to follow her taste? Maybe, but if so it will have been subconscious, and is much too long ago to recall it now. 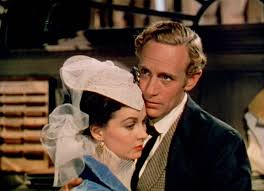 And, of course, from the start I thought that Vivien Leigh's Scarlett was fab! but who wouldn't? - most of all when she was strong, sassy and determined - and in the end she was well rid of Rhett - after all "Tomorrow (would be) another day!" though will it ever again be so for the film and the book? 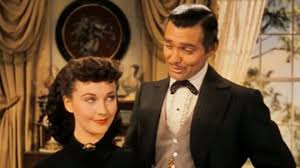