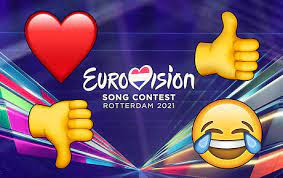 And not only did we finish in last place - for the third consecutive time - but now for two years on the trot, with the dreaded 'nul points'!

This was the first contest since 2019, last year's event being cancelled due to Covid. Even though in the huge Dutch stadium the socially-distanced audience was limited to just 3,500, their loud vocal enthusiasm more than made up for their depleted numbers

Winner was the bookies' favourite of Italy, the group 'Manneskin' with 524 points for what was described as a 'hard rock' number, though I wouldn't have called it so myself. It not only left me cold, but if I'd put all 26 finalists' songs in order of preference this would have been near or even at the bottom.  Defeats me to see any merit in it at all, though that's also been the case for all but a couple of the winners of at least the past 30 years. 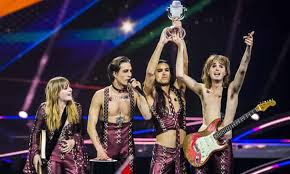 Second was France, then Switzerland - both being solo ballads, with pared-down arrangements and staging, female singer for former, then male. I thought both were no better than middling.

Our own entry was by the infectiously jovial, portly James Newman, sporting one of the disappointingly very few beards on display this year. His self-penned song, 'Embers', never appealed to me since I first heard it, though some had predicted it would be a 'sleeper' which would come out strongly in the voting. Even commentator Graham Norton said he had a 'good feeling' about it. Fat chance, as it turned out! But Newman was a good sport in taking his resounding defeat in good part, giving a thumbs-up sign despite his crashing failure - and at least his smile was a winning one. 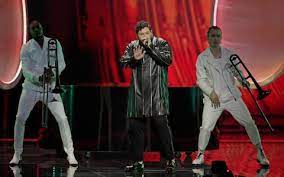 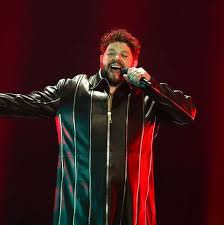 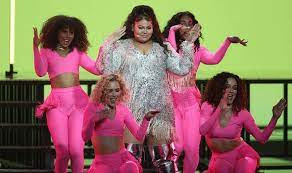 My own phone vote went to Malta for its toe-tapping, up-beat pulse, sung by chubby teenager, one 'Destiny', who looked seriously miffed during voting on realising that she wasn't gong win, though eventually coming in at a near-respectable 7th out of the 26.

I'd have given second place to Iceland, the only act who couldn't perform live as they had to isolate, one of the group having tested positive for Covid, so a film of their rehearsal was used, which was still pretty good. Full marks for the song's originality, even if the act itself, with semi-circular keyboards being carried and danced around with was a bit distractingly bizarre. 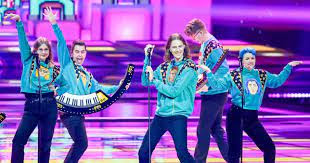 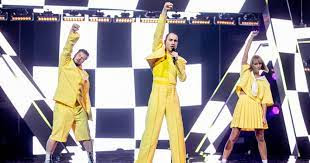 Third I'd have placed Lithuania [coming in a not-too-bad 8th place], and fourth, Germany [finishing second from last with an unfairly dismal mere 3 points]. These were by far the two campest entries this year, both quite jolly songs, Germany having its plain daft but engaging dancing 'victory' hand. 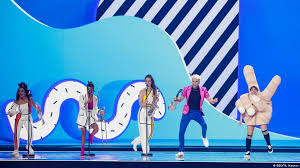 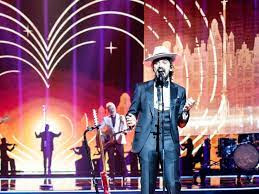 -----------------------------------------------------------
Both Australia and Ireland [the latter still holding the record of having had the most wins] had failed to make it through the semi-finals.
The four presenters, maddening as usual with all the usual needless filling-in of blustering, delays and teasings we've come to expect - "Are you ready?" - Cripes!  Just get on with the darned thing!  - included this year a trans, Nikkie de Jager, who uses the name 'Nikkie Tutorials' - don't ask me why. I won't reveal as to which of them was trans though all I will say is that as far as performing her designated function was concerned, she stood head and shoulders above her other three co-presenters. 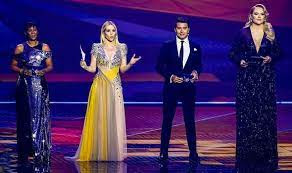