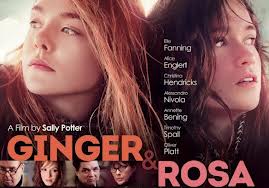 A Sally Potter film is a rarity, not only because she makes them so infrequently, but when she does, they are hardly ever given the distribution they deserve. When one is caught it is always a worthwhile experience - as is this.

A small-scale, highly-charged family drama set in early 1960s England with, as backdrop, ban-the-bomb meetings, CND marches and the Cuban missile crisis.
The titular teenage girls have been extremely close friends since birth. The marriage of Ginger's parents has turned sour and he (played by hottie, Alessandro Nivola - below) moves out to live alone, visited by both girls, Ginger being on better terms with him than her mother. We are given the hint early on that he is attracted to Rosa, and it's not very long before he draws her, to Ginger's horror, into an affair. The remainder of this film, sensibly at a modest 90 mins, is concerned with Ginger trying to keep hush about what she's aware is going on - until it all blows up in a climactic scene of high drama. (You might be surprised at the featuring of  two or three quite big-named actors in some of the minor roles. All in fine form.)
I found this an affecting film, well acted, well scripted and unshowily directed.
It's not a film for everybody - its current average score on IMDb site is just 5.8. There's very little in the way of 'action', if that's what you are looking for. But I did like it.

And here's the Alessandro Nivola I mentioned, whom I first became aware of in 'Mansfield Park' (1999), but seen all too rarely since:- 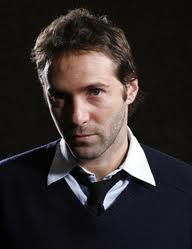