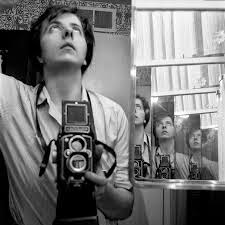 (Spoiler alert: The greater part of the following is facts which I learned about Vivian Maier from this film; so if you prefer watching it with little or with no foreknowledge, you may prefer to avoid reading further.)

Here's something off the beaten track - a factual film attempting to achieve an insight into the street photographer of the title (above) who, when she died in 2009 at the age of 83, remained completely unknown (presumably as she wanted to be) - and it's no surprise that she managed it as she lived an obsessively reclusive private life. Though working professionally as a nanny, she was so secretive about her 'recreation' (as it was thought) that none of her employers had any idea of her prodigious talent. After her death, it was only by chance discovered that she'd left scores of thousands of undeveloped b/w (and some colour) negatives, as well as some short films of the children she was caring for. It's a most engrossing film, largely in 'talking heads' style, but with very many examples of the subject's work.
I'm entirely confident that I'm far from alone in never having heard the name, though her work has now taken off big-time internationally in exhibitions, a tiny fraction of her photographs having so far been put on display.

It was only when the young co-director of this film, John Maloof, went to a local auction hoping to acquire some historical photos of Chicago, that he by chance acquired a suitcase-ful of the subject's negatives, which he left in a cupboard for a while. When he eventually got round to developing a few he found what a treasure trove he had and immediately set out to trace any more similar negatives other people might happen to have. Painstaking detective work paid off and he eventually accumulated a collection of staggering size, as well as  personal possessions, clothes, trinkets etc - though next to nothing in the way of writing, certainly no diaries. So, continuing his research, he managed to trace some of the people she nannied for, as well as some of the children themselves, and tried to piece together a picture of this mysterious, talented woman.

Although she was born in New York of a French mother, she passed herself off as being of French nationality, speaking English on surviving tape with a French accent - though a language expert reckons that her accent is an affectation. But this is a mere part of the mystery, the big unanswered question being why she took so much trouble taking photographs with an old-style box camera, yet kept her 'hobby' entirely to herself - leaving nearly all her work hidden away in crates and crates of undeveloped  film.

Next to nothing, apart from her nanny-ing, can be found about her private life. She was a loner, almost certainly childless, who, it seems, never married, nor is there any indication of any relationship. In fact it seems that she didn't trust men at all, telling one of the young girls whom she cared for, the only thing that men wanted was to have sex. The question remains open as to whether the root of this is having had a traumatic experience early in her life which locked her into that attitude. But as there are no clues left it can only be surmise.
Coupled with her apparent misandry or, at least, a deep-rooted mistrust of men, there was also the possibility that she had mental issues. She'd collect piles and piles of newspapers, stacked right up to the ceiling, with the intention that sometime she'd go through them and cut out articles or photographs which might be of use to her - but she never got round to it. She would never allow others, even the house-owners of where she stayed, just peeping into her room. There are cases of her losing her temper and physically assaulting children in her charge.
To add to the intrigue, she frequently changed the spelling of her surname, sometimes saying that she was called simply 'Miss Smith'

But even if we can't fully realise this tantalisingly incomplete picture of the person, the film shows lots of example of her work, most of which would have been unseen by the photographer herself after taking them. Nearly all her photos are of people, at times the subject knowing the presence of the camera (though never looking deliberately posed) and sometimes they are discreet shots where the people are unaware. In all cases the subject looks interesting.
Here are just a few of the examples we see which I've picked out at random. If you are into photography and don't yet know of Vivian Maier, you really must have a look at more of what she achieved - and for just about everybody else it's quite a discovery too. There are lots more images which you can google. 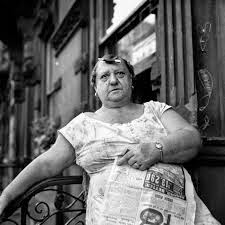 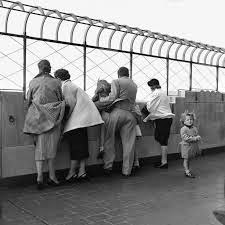 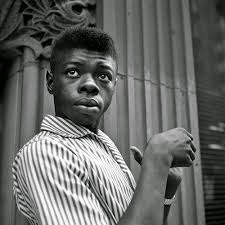 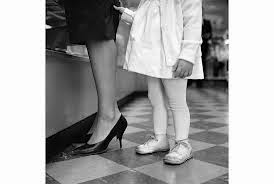 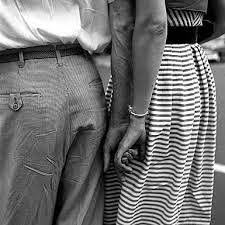 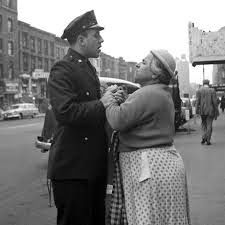 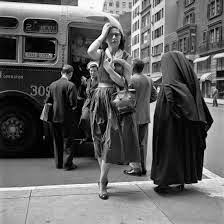