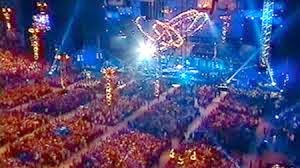 The sole night of the year when I stay up beyond 11 p.m. - and it wasn't without its usual quota of excitements and controversy, especially the latter, this year in Copenhagen. Lots of it like a circus - we had a trapeze, a trampoline, a see-saw, skating, 'rain', a man-sized hamster-wheel and a circular keyboard to boot! But, hey, what else did you expect? 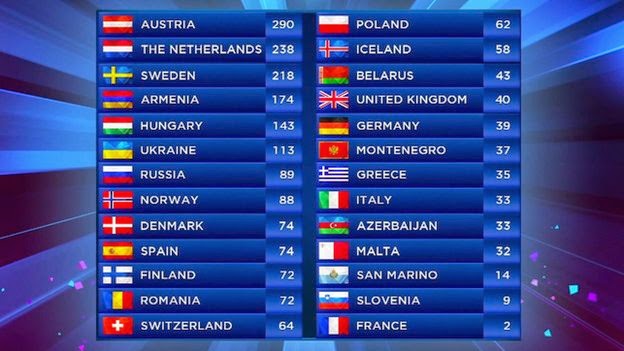 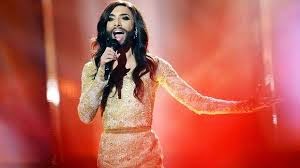 Biggest talking point was participation of bearded drag queen, Conchita Wurst (real name: Tom Neuwirth) performing for Austria - and coming first (not entirely unsurprisingly), becoming that country's first win since 1966.  Since her participation became known certain bodies, particularly in Russia and Belarus - as well as Austria's own extreme right - have been dismayed and, spluttering with rage, petitioned  the Eurovision authorities to exclude her from the competition or, if not, not to screen her performance on grounds of it being 'perverted' and having a 'corrupting influence'. Of course such requests were quite rightly given short shrift. Russia's opposition to Conchita no doubt boosted her chances to win with her over-earnest, power-ballad, 'Rise Like a Phoenix' which in my own ratings wouldn't have made it into the top half of the 26 participants. But it was satisfying for Russia to be given two fingers (non-British readers read 'one finger'). The final winner appeared to be likely early on with only one or two other countries coming even close. At the very least it was good to have a country winning again which had had to wait for nearly half a century.

Not only was Russia's own entry (two sisters joined by their hair, at least at the start, but coming a respectable seventh) unfairly booed for, no doubt, this very reason, but in the voting section every time another country gave a substantial number of votes to Russia that got booed too. Not very pleasant and not at all fair on their act, even though I didn't think much of their song. 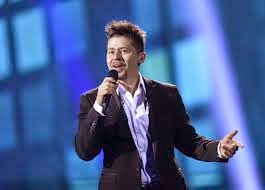 My own telephone vote went to Belarus, hottie Teo singing 'Cheesecake' with four backing male dancers/singers - a perky number performed with some nifty little snake-hip moves. A happy song, which is always a plus for me. 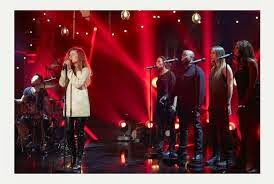 Sad to say, sassy little Teo only came in 16th place, one place above the uninspiring (though a lot liked it) UK entry of Molly Smitten-Downes and her self-penned (We are) 'Children of the Universe.' - which, I suppose is an advance on the Bee Gees singing that "We are children of the world." - and including 'aspiring' lyrics like "Power to the people!"  (Oh dear! Straight out of John Lennon/Vietnam War days!) Still, we managed to finish two places higher than last year's Bonnie Tyler effort, though I think in this case 17th was about its deserved slot even though the bookies had placed it Top 5. 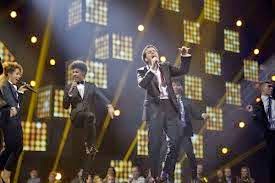 My second favourite, from host nation Denmark, Basim singing 'Cliche Love song' had quite a bit in common with my first choice of Belarus, another chirpy, toe-tapping, smiley number with front man and four backing singer/dancers. Unfairly finishing in 9th place. (Dooby-dooby-dup-dup). 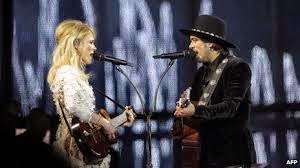 My number three choice was the Netherlands with an attractive, unassuming,  c/w duet, 'Calm After the Storm'. This was the only highly placed of my own choices, coming in at a good second. 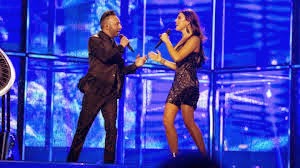 My fourth was Switzerland (actually finishing 13th)  with whistling and violin playing, another up-beat entry, and my fifth, above, would have been Rumania (ending up in 12th), a duet with the guy rather like a good-looking David Gest, not everybody's definition of handsome though, despite an alarming haircut (clump on top) I found him attractive. 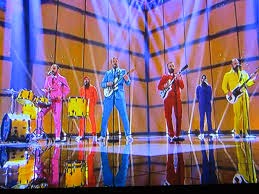 Two acts stood out from the rest for being 'different'. One was Netherlands (above), the other was Iceland, 'Pollaponk', a (mostly) bearded sextet decked out in their regular, trademark, cartoon colours, brash, loud and crazy, just like their song. (I thought red and pink were the hottest). The song itself was a little better than okay. It finished 15th though felt it maybe ought have scraped the Top 10, just.

So this year we had it all - controversy, the good, the bad and the boring. I always mark the entries on a list as the contest progresses. Until this week I hadn't heard any of the songs, not even the U.K. entry. I didn't think the overall standard this year was quite as high as 2013. In fact my scores for 8 of the 26 entries was a big fat '0'. - only Belarus getting my max of '5' and Denmark being the only one to which I accorded a '4'.
But all in all it was good fun - and one can't help but be thankful for that poke in the eye from Austria and supporters for Putin and his thuggish friends. Good on ya! 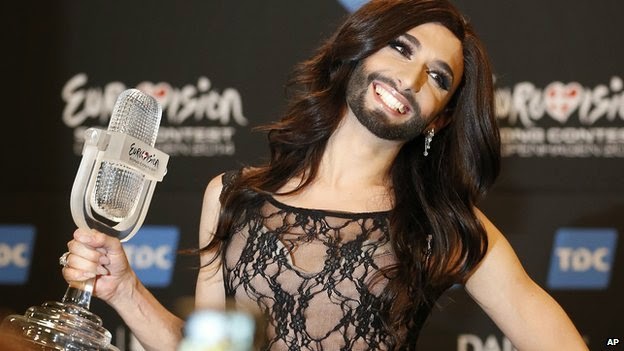