Why me? Why now? - a wallet double-whammy! 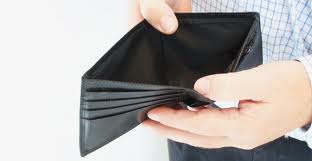 What have I done to deserve this?
Just a few weeks after having major computer problems here they are again - I can only load this posting slowly and trust to luck that it'll appear correctly.

But not only that, last night my TV went dead - as in 'doornail' - and it remains so this morning.
Of course both problems can be remedied - but they need an input of dosh, something I'm very far from being flushed with right now.

So, re the first one, if I  unaccountably 'disappear' from blogland for a few days you'll know the reason.
I'm still going to try to see a planned film this morning. If I don't go, as it's a one-off showing it's going to be missed forever. Can only keep my fingers crossed that on return I'll be able to post a review.

In addition, next week, a further two art-house cinema screens open in nearby Brighton, giving cause for concern that even if enough money was availble to see all that I want to see (which is extremely doubtful in any case) I'll be spending more time in the cinema than at home, thereby neglecting my pussies. (There was even a new pussy - number five! - at the window this frosty morning). Oh, will these problems never cease?
But at least this computer is still just about working, I think. Definitely going to have to get something done about the telly. Being a news-junkie if I don't hear and see what's going on in the world, gonna go bonkers!
Come on, you lottery - Look this way!