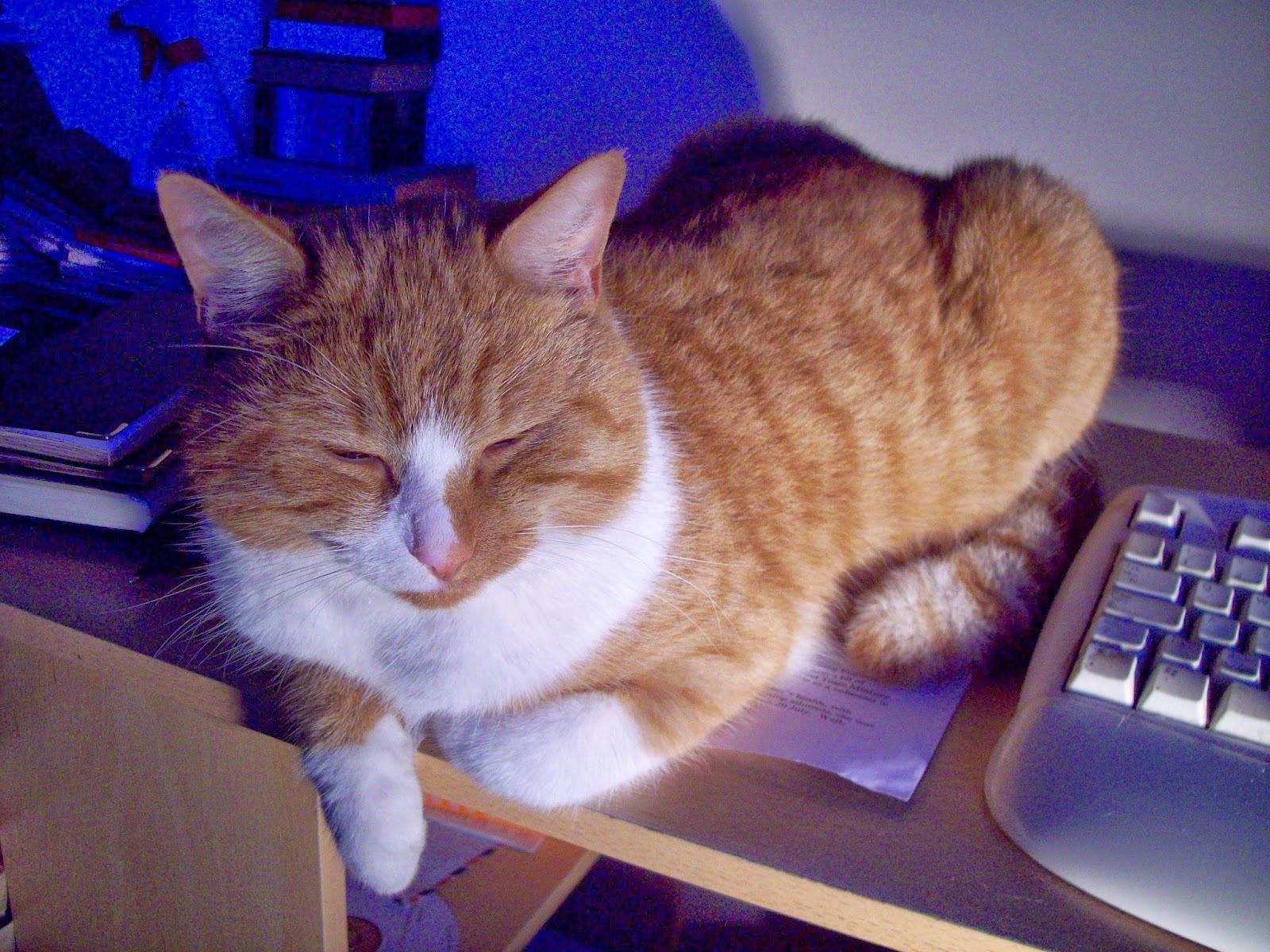 I'm distraught, even though he wasn't mine. At 6.45 a.m., going out for a morning jog, I discovered Ginger lying on the pavement about 100 yards down the road, beside some refuse bins outside a garage, apparently run over, with back legs askew and not breathing. I'm gutted. I so very much hope that it was over quickly and as painlessly as possible.

He's been a regular, prominent feature of my life for about four or five years, a daily visitor from a few doors away, another of the cats I seem to 'collect' who prefer my hospitality to that of their own homes. A bit of a scamp, undoctored, he had a bad habit of doing a wee on whatever was near at hand, as un-neutered males often tend to do, I'm told. But I loved him to bits.
Three months ago his owner came knocking at my door with a veiled warning for me to stop feeding him as it was making him reluctant to stay where he belonged. I did stop - but only for a while. I couldn't bear to see him crying and going hungry. (My 'Noodles' came from the exact same house about 10 years ago. It seems that, for some reason, this owner's own cats prefer not to live there. I wonder why?)
I've put a note of my tragic discovery through the owner's door.

Unusually, just yesterday, having a midday nap, Ginger joined me on the bed, purring loudly and rubbing against me. He hadn't done that for months, and unlike Blackso, only did it very rarely.
But now he's gone. (I can't bear to think how I'm going to cope when the time comes for Blackso and Noodles).

Thank you for all the happiness and pleasure you gave me over the last few years, my precious little friend.
R.I.P. and bless you.