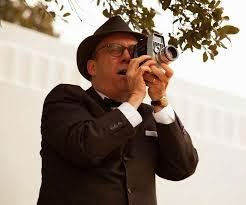 It was only because, having to go to Brighton, I thought that being there I might as well pop in for this film. It's a matter-of-fact view of the events in Dallas immediately following the Kennedy assassination (as though we were wanting still more!), released to coincide with the recent anniversary. The reviews I'd seen indicated that it was a fairly efficient though perfunctory  effort.

A reconstruction of the few hours following the fatal shots, with concentrations on the 'Parkland' hospital where Kennedy (as well as Oswald, later) was taken  - as well as the aftermath of the unwitting filming of the event by Abraham Zapruder (Paul Giametti). Others in the cast include Billy Bob Thornton, Zac Ephron and Marcia Gay Harden, they and others playing characters who were absolutely central to the drama, but all of whom, through history, are now relegated to being peripheral figures.

There's a protracted, bloody scene in the hospital as they try to hold onto the President's life - and another one much later when attempts are made to save Oswald.
There wasn't much here that was new to me, though what was new (or I may have forgotten about it) was Oswald's brother and his dreadful and scary mother's differing reactions to the news of first the shooting, and then of Lee Oswald's death. Oddly, it was at such moments that for me the film's tension, such as it was, drooped most noticeably.

What I did like about the film was that it didn't attempt to analyse or rationalise the events - or offer different versions of 'the truth', Mrs Oswald notwithstanding. We've had more than enough of that for half a century, thank you  The film, to its credit, just played everything out as though witnessed by a dispassionate observer.