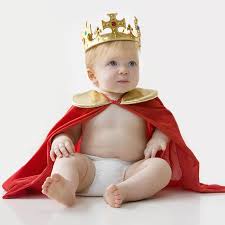 Re; the final paragraph below:
Before anyone reads this post, I must point out that since writing it yesterday a number of my followers have commented that they had doubts about what I say below regarding Prince Andrew becoming first in line of succession if Charles pre-deceases the Queen. I am indebted to Andrew Brown (comments below) who pinpointed the evidence to show exactly how I was wrong - and that in the mid 18th century there had been the case of George III who succeeded his grandfather after his own father, Prince Frederick, died before his father George II, the crown thus leaping over a generation.
With this error now pointed out, I leave the article intact as I wrote it. My humble apologies for not having thoroughly checked the facts beforehand. (And Peter, why did you ever tell me that porky-pie? - which I believed!)

While being mildly republican, I'm in no way bellicosely anti-monarchist - at least not while Her Maj clings on. That may well change when the Prince-in-waiting-ever-so-long ascends to the royal throne. I think I'm right in saying that no British/English monarch in history will have been at such an age as he will be when he does eventually take over.
This new sprog could well be a middle-aged man by the time his turn comes, by which time there'll have been plenty of opportunity for him to have been inculcated into all the jolly-hockey-sticks life of the privileged, he'll long since have been 'blooded' into his first experience at the noble 'sport' of fox-hunting (oh, what spiffing fun!), very likely have been induced into the hush-hush exclusively male world of freemasonry - and, no doubt, gained his valorously-earned stripes in the armed forces, having risen, (by his own, unassisted, sheer dogged efforts, no doubt), to a rank of considerable seniority. Well, good for him. Hurrah!

But will it happen? Oh, we do all hope so!

(I repeat here, the following paragraph is factually incorrect. Andrew will not become heir apparent. S-o-r-r-r-r-y!)
Although everybody must want Chas to live until he's 150 (at least), it is by no means certain that he will outlive his mum. (The Queen's own mother saw her 101st.) But (and perish the thought!) suppose.....just suppose..... there were to be an 'accident' - for example, the lovely Camilla crossing her legs at an unfortunate moment, and thus most tragically breaking her husband's neck - then the succession would pass, not to William, as even most British people (ignorant of their own history) assume it would, but to the eldest son of the previous monarch, not the eldest grandson - so Andrew would become king. The order of succession would be turned almost on its head. Andrew would be succeeded by his daughters, then by their children, if any - then would follow Edward ("He's not gay!") and his two children - then, Princess Anne (if she's still around) followed by her children.........and only after all that motley group would come William, followed, finally, by yesterday's arrival, who'd now be way down on the succession list. So, Charles honey, an awful lot hangs on your survival - and if you were to pop your clogs before 'mummy' does, an awful lot of people are not just going to be surprised and disappointed, but damn near outraged!


Of course I only posit a possibility of what could happen. Might be interesting times ahead!