SassyBear lookalike - at least to me. What do you think? 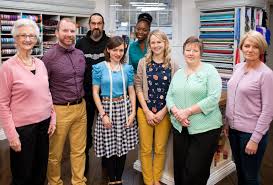 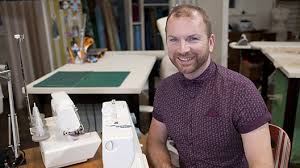 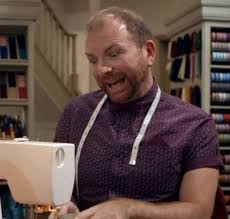 I've been fascinated by a TV programme, 'The Great British Sewing Bee' - now just past its second week - which I wouldn't have bothered to watch were it not that one of the contestants, Stuart, has for me more than a passing resemblance to our own renowned and much loved blogger, Sean, aka 'SassyBear' @ http://idleeyesandadormy.com

Each week the the object is to give the contestants two or three tailoring tasks to produce, within a limited amount of time, as near a finished article of clothing as they can, which is then judged by two professionals. The series began last week with eight contestants, and two of them were eliminated and two more yesterday. They've been asked to come up with dresses, frocks, blouses, patch pockets on a skirt - and one of yesterday's tasks was to produce a pair of man's trousers. Stuart has now made the final four, though in each of the two weeks to date he was pretty sure that he'd be asked to leave (as indeed was I), but he's still hanging in there. He lives with his male partner in North Yorkshire, the part of the world where I myself grew up. He's attractively slightly camp, without it being in-yer-face, and he's as cute as a button. Whether he'll last beyond next week I'm not sure, but if he does get the boot, then, as all my interest will have dissipated, I'm not even going to bother to see who wins the competition outright.

So, is it only me who sees a strong resemblance between and S/b? However, I dare say that those who know Sean personally may well be less likely to see any similarity.
Posted by Raybeard at 01:51