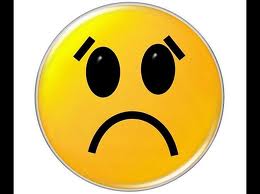 It's one of those occasions when having a friend here in person would have been so nice.

I've been lying awake in my bed the entire night. No exaggeration.

Can't go into details for fear of breaking confidences but yesterday evening had the singular worst blogging experience since I began here 6 years ago - and I'll be carrying a weight around inside for at least a few days until it hopefully dissolves, but it'll surely  leave scars.

During the night, with thoughts whizzing here, there and all over the place, had made up my mind to close down the Raybeard blog permanently, as well as blocking e-mails from all my blog-pals. Now in the cool light of day I've put that plan on hold as being unlikely, as I'm now possibly better placed to get the whole incident into proportion. The other person involved in this calamity may actually read this blog and, could, in fact be suffering as much as I am, or even more, so I'm going to halt any burgeoning appeals for sympathy.
Even my dear little Blackso, maybe sensing that something was not quite as it should be, unusually refrained from coming into bed with me, until around 5 a.m. Before then he was sleeping and snoring in the living room. I would so have appreciated the comfort of his presence throughout the long night.

To cap it all, I've just returned from a visit to the doctor's surgery to have blood taken for examination. My  doctor thinks I may be my exhibiting the early symptoms of nascent diabetes. Results will take a few days, but if it turns out to be so, that's all I need!

Some individuals here in this situation may have wanted to crack open the virgin bottle of J.D. I have in the kitchen, but I'm not inclined to do that, at least not yet. (When my mum had reached the stage when she was thought likely to go at any time, 7 years ago, I kept such a bottle of 'support' for when the time actually arrived. But when it did I just didn't feel like drinking. In fact don't think I had any strong drink until after the funeral 10 days later, and that was only in moderation.)

I've got a pre-purchased ticket for an afternoon showing of Clint Eastwood's latest, 'J.Edgar' today. Don't know how I'm going to keep awake for all of its 2hours 20 mins length.

Also, have to finish off the entry I should write into the book accompanying the Spo-shirt, which is being transferred onwards tomorrow. What I write really ought to be in an up-beat mood, and that is how I've started it. But the way I'm feeling right now it'll be more like a clown wearing a painted smile whilst crying on the inside.
Btw: It would have meant so much if a particular one or two of the previous wearers of the Spo-shirt had at least written a comment under my blog of 2 days ago. I was so much thinking that it had clad their own bodies when I had it on myself. But maybe they haven't seen my blog, have nothing in particular to add - or, as I suspect, their social lives are too busy. But I think of them with affection anyway.

Going back now to slide under the duvet and hope that the good god Morpheus grants me maybe a couple of hours of restful shut-eye 'cos, boy, could I do with it!
Posted by Raybeard at 02:04