Lightening the mood - solutions to those Xword clues 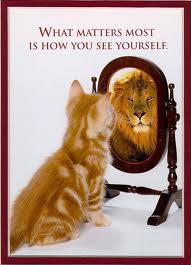 I cannot leave my previous blog sitting there as my most recent posting, giving the impression that nothing has changed.
I've replied individually to all the messages of support so I'll now just make the general remark of how I was immeasurably moved and deeply humbled by those who assisted me with their kind words through the last few days - all the more remarkable because no one pressed me to be more specific than my very vague indications of the root cause. Even though I lack friends here in person I know now more than ever that I'm incredibly lucky to have such lovely friends in Blogland. Thank you all!
One very last thought - at least for now. It's the sort of thing that comes round for me, thankfully, only every few years. Something equivalent probably will happen again sometime but I'm not going to live the life that's left to me by quaking behind the settee in case it does.
Okay, enough! Let's move on!


Now, what seems like an eternity ago (though it was just 9 days), I posed three crossword clues and said I'd be giving the solutions after allowing a chance for anyone to come up with answers. The fact that I didn't get one single solution suggested may be an indication of apathy to crosswords (though I know in a few cases that it's not so) or too difficult - or even too easy? (but I doubt it)
Whatever, just to round the subject off I think you'll find the solutions entertaining:-

This was posed to me by a friend who was another crossword fan when I was about 20. I'm one of those people who won't give in. ("Don't tell me! Do NOT tell me!")
After mulling it over for some considerable time, my friend and I retired, as was our wont, to a certain local establishment to imbibe some 'liquid refreshment'. We chatted on then I suddenly recalled the riddle and said "Okay, now let's get back to this crossword clue. So the clue consists of all the letters from
H to O?".......................(clink!)

What Methuselah and Madame de Pompdour had in common?     (12 letters)

Solution - 'antediluvian'     (explanation = Methuselah is classified as one of the 'Antediluvian [i.e. before The Flood] Patriarchs. The most famous saying of Madame de Pompadour [though it is sometimes attributed to her 'lover', French king Louis XVth], was "Apres nous le deluge.")
I did solve this one myself after a long time rummaging around in a public library. I should imagine it would be easier to solve nowadays with, should one need it, the use of the internet.


So, I hope some of you have been entertained by this little diversion. If I've put the slightest smile on any of your faces (rather than grimaces of puzzlement!) I'm a happy chappy.
Posted by Raybeard at 23:24