Are our seasons shifting? 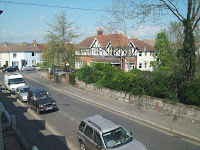 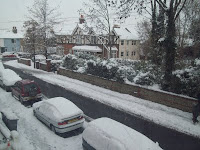 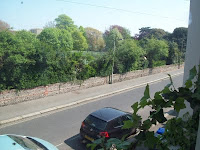 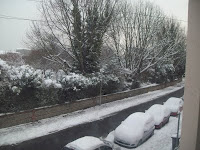 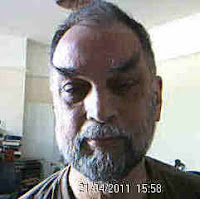 Above are some pics taken from my window, today and
last November.
We're currently experiencing temperatures which would normally grace July, after a Winter in which November was colder even than January usually gets. In this part of England we're now having the warmest April spell since 1949. So what's going on? Topsy-turvy weather seems to be an ever-increasing phenomenon. Still, though the reasons for this apparent disturbance in weather patterns could be yet more evidence of dire consequences ahead for all of us, at least for the moment it enables me to expose and brandish my knobbly knees outside.
(Btw, it may be noticed from the third and fourth photos that some of the trees have recently been felled.)


I add, for good measure, a pic of 'yours truly' taken a short while ago - trying to look a little more cheerful than she usually looks, but succeeding rather in looking sleepy!
Posted by Raybeard at 08:49