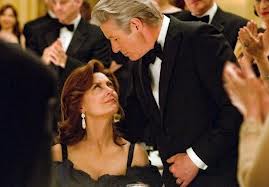 Reasonably absorbing tale of high-finance shenanigans coupled with the attempted cover up of an accidental death - made more watchable by the rare big-screen presence of Richard Gere (a late substitute for Al Pacino, I read) and the even rarer and doubly welcome appearance of Tim Roth who does his slovenly act so well. Add to these two the marvellous Susan Sarandon and it's a strong cast. 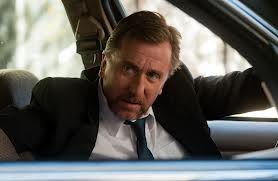 Gere plays a smooth-veneered, commercial big-flyer, owning a business in which he's done some shady dealings. Not only is this his big secret which he needs to keep a lid on but a huge complication arises when, driving his young affair, the car overturns and she is killed. (This is not really a 'spoiler' as it happens early on in the film)  He now finds himself in the double bind of additionally needing to keep the fact of his having been the driver from his deceived wife, and this provides the momentum for much of the film's subsequent developments. Tim Roth, excellent as always (those hang-dog eyes!), plays the detective who suspects the truth, trying to nail the slippery Gere character.

Even though my own qualification is in finance (though not commercial) and I used to be accountant, I was quickly lost on the intricacies of the financial dealings but I didn't feel it was a great loss. (Yes, I too had to look up the film's probably unwise title in the dictionary.)

Not bad entertainment all round and by no means a waste of time, especially with these players in the three leading roles.................6.5