A Day of Significance - My Life in Pictures 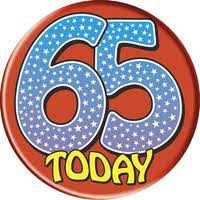 Yes, today I become what used to be known as an 'Old Age Pensioner', now p.c.'d to a more acceptable 'Senior Citizen'.

So here is a golden opportunity to parade my life in visual stages:- 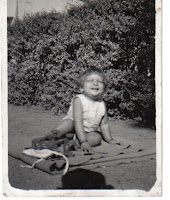 The only photo of me taken as a baby (1 year old). And the only time in my life I could fairly have been described as 'fat'. 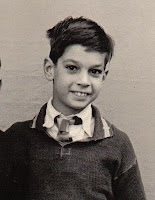 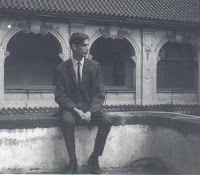 18 - my first ever holiday abroad - in Prague. (Note my relaxedly 'casual' holiday wear.)

21/22? The guy disappearing down in the background was a good school chum, one of only two I kept contact with after leaving. He was tragically killed in a car crash about 2 years later. 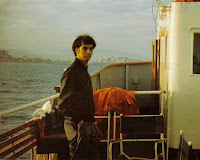 24 on holiday in Greece (Athen's port Pireaus in background) 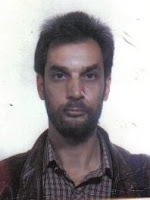 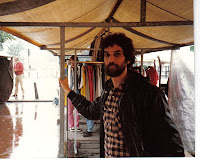 36, in Amsterdam. The bearded era has started - and continues still. 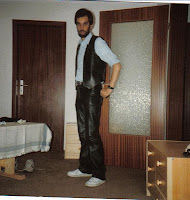 40-ish Munich (or was it Berlin?). All leathered-up for a night of disco-dancing and cruising.
(I must have sweated like a pig!) 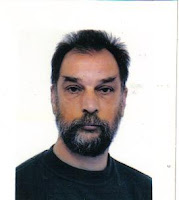 50-ish? The grey starts to appear. 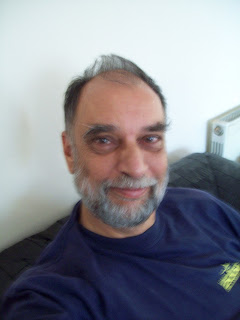 And finally, just one week ago - and still truckin'!

Well, in a few days time I should start receiving my state pension. In many cases this would be cause for rejoicing because of the extra income. In my case it means the reverse as I've only survived thus far by eating into my savings until it's practically all disappeared. If it had gone on much longer I wouldn't have had even enough left to give me a decent burial, let alone a funeral service (which I don't particularly want anyway), and it would have left my surviving brothers and sister to pick up the bill. But I think I can stop that from happening. I've got to tighten my belt still further to stop using up what's left - particularly difficult with soaring heating costs plus all the other increases around - not to mention having to provide for my own two pussies PLUS another three (at the moment) 'visitors' who come through the window with nary a thought as to how I can get the money to feed them. But feed them I must. For a long time I've been spending more on cat food than I do on food for myself.  It all still means that there's no possibility of my having a holiday, even though my last one was now almost 21 years ago. (Awwww. Poor me!)
But today's a day for celebration and I shall mark it by having a main meal of fried-egg sandwiches, using  lashings of butter, with ladles of salt and pepper on it - plus a dishful of twice-fried chips (fries), likewise over-loaded with oodles of salt - and a bowl of baked beans with a tongue-scorching quantity of curry-powder mixed in. And all washed down with a half-bottle of cheap n' cheerful California Red. Can you imagine anything nicer? No, I thought not!
Posted by Raybeard at 01:49