More pics from my "It was NOT a holiday!" last week. 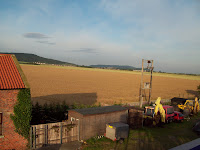 Near coast of north-east England. In distance is small town of New Marske (pop c. 10.000) where I lived for a few years (having lived before that in the former steel town of Middlesbrough) before coming south and embarking on sequence of moves - Oxford, Germany (Cologne), London, Brighton, and now Worthing, from whence I can't wait to escape. 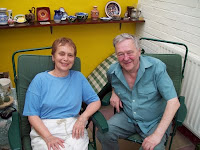 My sister, Leone (my elder by 9 years) and her hubby, Ted. I stay at their house on my visits to the area and use it as base for my visits elsewhere. 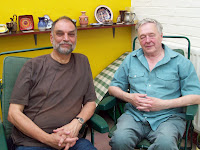 You-know-who and Ted, who's falling asleep after all his booze! 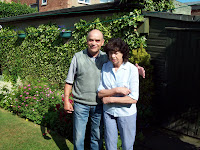 My brother Carl (older than me by 7 years) and his wifey, Sylvia, who clearly wasn't ready. I should have re-taken the shot. 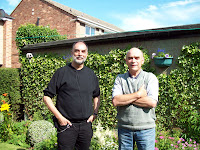 Looks like my bro is having a visit from Santa! 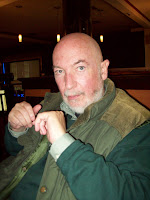 My former school-friend, Paul, whom I've known for over 50 years. He's actually Canadian (from Simcoe) and has retained his accent all these years. He's also the cleverest person I've ever known personally - his specialties being philosophy, mathematics and cosmology, and in his youth was a remarkable athlete. We both share an unparalleled appreciation and worship of the musical accomplishments of the mighty J.S.Bach. 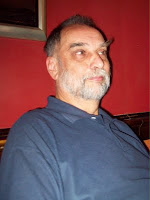 Paul and I spent several hours together chatting and supping wine in a bistro. Pity the photos of the two of us taken there didn't have any visual context.

So that's it, folks, probably for another full year. My blogs back to the mundane now.
Posted by Raybeard at 03:25