My few days away - the evidence. 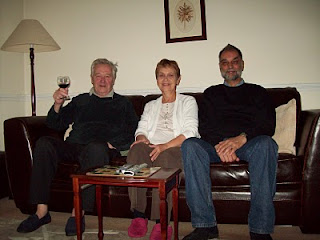 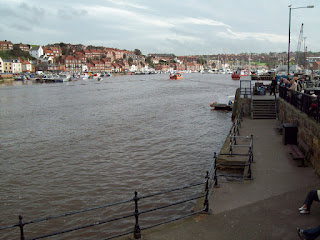 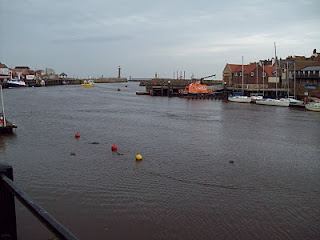 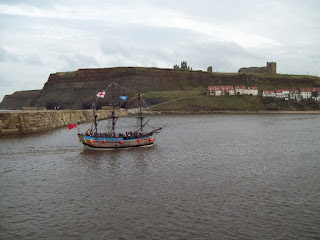 Returned yesterday after my annual (sometimes bi-annual) visit to my sister's on Teesside, on the English north-east coast.
The seated trio is myself with my sister and her hubby, Ted.

During my stay visited Whitby, the best known town close by. It was once a thriving fishing port, and though it still has that industry, it's on a much-reduced scale.
Whitby was given particular additional fame by Bram Stoker who chose to have his Count Dracula land in England here.
In the final picture, on the summit of the hill are the ruins of St Hilda's Abbey, originally 7th century and sacked by the Vikings two centuries later, though nothing of the original remains apart from the site. It was restored in 1078 and remained an establishment of high national and indeed, international, significance until 1540 when Henry VIII dissolved all the country's monasteries on declaring himself head of the church in England in place of the Pope . (The little 'ship' in the same photo is a tourist sight-seeing boat for harbour and sea trips. Tacky, but also rather quaint.)

Okay, history lesson over. Now let's get back into routine.
Posted by Raybeard at 07:22